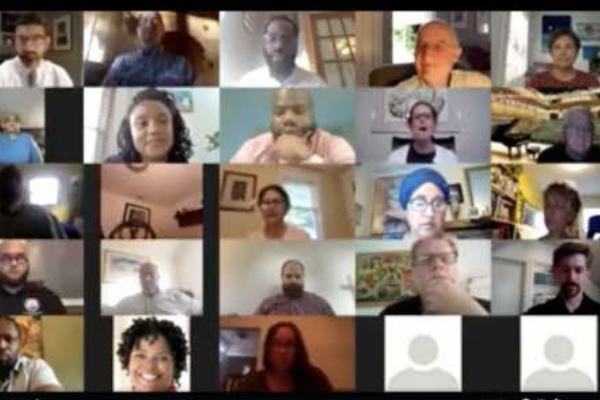 On June 2nd, 153 CONECT leaders gathered for a night of prayer, reflection & dialogue after the murder of George Floyd.  By June 15th, 453 leaders gathered for a virtual Assembly to take action for racial and economic justice with our federal and state legislators.  A key item on the agenda at that virtual Assembly was leaders of our Criminal Justice team for a substantive police reform and accountability bill to be taken up and passed in the legislature's July special session.  The Connecticut Senate President, Senate Majority Leader, and House and Senate co-chairs of the Judiciary Committee all committed to CONECT to do just that. 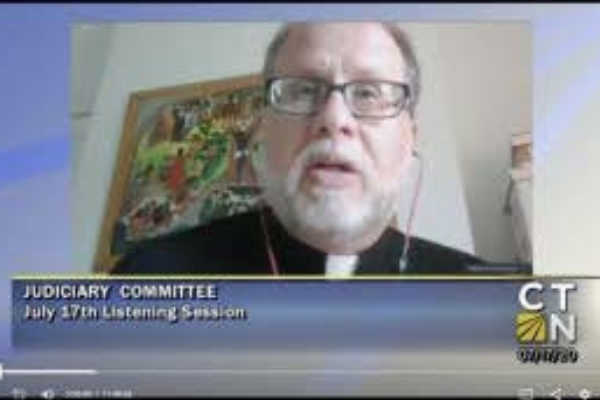 On July 17th, the Judiciary Committee held a hearing on the proposed bill via zoom.  Fr. Jim Manship, a key leader in CONECT, testified about the fruitless and frustrating experience of seeking help from state police and prosecutors in the face of a corrupt, abusive, and racist police department in East Haven and endorsed the bill's plan for an independent Inspector General to investigate police use of force and abuse cases.

During the ensuing week, CONECT leaders collectively sent emails and made calls to their Representatives and Senators over 1000 times pressing for the passage of the broad bill.  Dozens of other allies, organizations, and activists around the state did the same, seeking to see substantive change come out of tens of thousands of people attending Black Lives Matter marches over the past two months in every corner of the state, nation, and world.

After all night debates in both the House and Senate, the bill passed each chamber.  Gov. Ned Lamont signed the bill into law on Friday, July 31st.  The broad bill includes an independent Inspector General to investigate police use of force cases, mandates body and dash cameras for all officers, allows for officer to be decertified due to misconduct, calls for additional recruitment of officers of color, calls for additional training of all officers, removes qualified immunity for officers judge to have committed a "willful, wanton, or malicious act," changes the use of force standard to include that officers exhaust all alternatives to deadly force before the use of deadly force.

Detail of what the bill includes:

Brief video of key champion of the bill and key ally of CONECT, Sen. Gary Winfield during floor debate: