In Boston, GBIO Fights Back Against Discrimination 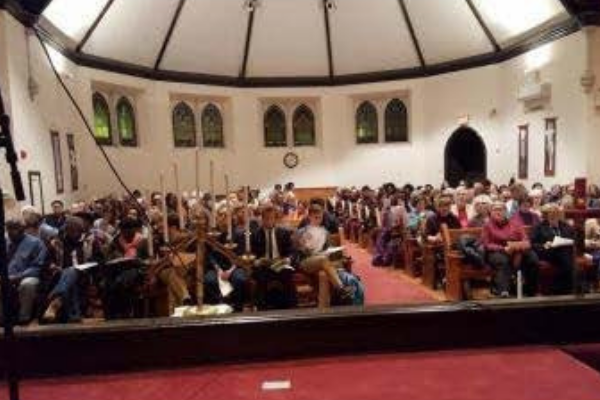 At Greater Boston Interfaith Organization’s April 4 Delegates Assembly, over 175 leaders unanimously ratified GBIO’s new campaign: Out of Many, One, designed to fight the targeting of Muslims, Jews, Immigrants, and other minority communities. Those attending committed to bringing over 900 people to GBIO’s May action.

The goals of the Out of Many, One campaign are (1) to support the Safe Communities Act, which protects Massachusetts residents’ civil rights by making sure our tax dollars are not used to deport immigrant families or create a Muslim registry, and (2) to support the Muslim community through a series of Teach-Ins at Muslim, Christian, and Jewish congregations throughout Greater Boston. At these Teach-Ins, participants will share and listen to stories about the specific threats facing the Muslim community, and will learn what MA residents can do to support their Muslim neighbors.