By Stephon Whitley and Boris Franklin for The Star- Ledger 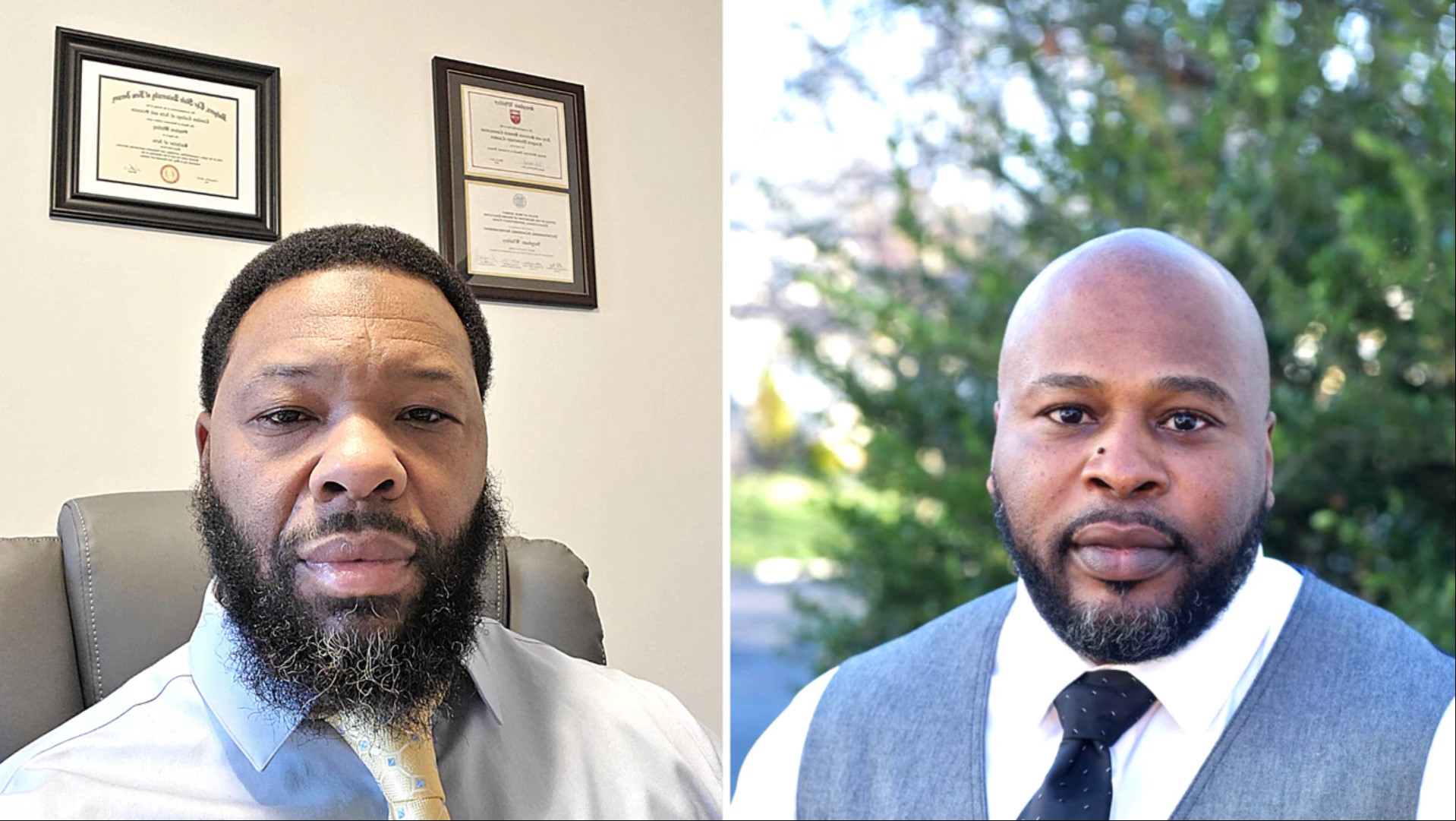 Boris Franklin, left, and Stephon Whitley say they left prison, but prison did not leave them.
They were saddled with debts due to a system of fines and fees in our justice system that exploits
the most captive of captive audiences.

We were released from the New Jersey prison system, after serving  lengthy sentences for crimes that we committed, over three years ago.  However, we are still not free. The whole notion of ʻpaying your debt to  society,’ which for us meant imprisonment for a combined total of more  than 30 years, did not end when we walked out of the prison gates.

We left prison, but prison did not leave us because while we were denied  the opportunity to take our treasured library of books that we had studied  in our cells while earning college degrees, we were saddled with debts  due to a system of fines and fees that exploit the most captive of captive  audiences.

The extraction starts the moment someone is arrested, long before he or  she is convicted of any crime, with an immediate $50 county jail  processing fee. Imagine if, after every traffic stop, before it’s been  determined that a motor vehicle offense has occurred, that the officer  slapped you with a $50 charge for just pulling you over.

Once incarcerated, every single need that a prisoner has — for food;  communications by telephone, email or video calls; for MoneyGrams;  for medical care; for the opportunity to attend the funeral of an  immediate family member – is used to impoverish those with almost no  ability to pay. For instance, a cup of Ramen Noodles, which costs 28  cents at Walmart, costs $1.03 in the county jail commissary.

One of us spent an average of $100 at the commissary monthly,  including a 10% surcharge on every purchase. During a 20-year  sentence, that meant $2,400 in surcharges were paid. Surcharges

permeate every transaction — $5 for every visit to the medical area, $1  for every mediation, 30% of income earned while in a halfway house  before final and full release.

One of us could not attend the funeral of his son because the cost  imposed by the prison system — anywhere from $400 to $800,  depending on the distance — was more than he had. And while

incarcerated, the interest for outstanding motor vehicle tickets just  continues to build, as does the amount that the prisoner owes for child  support, even though there is no possible way that an individual can pay  off those traffic tickets or maintain a child support payment while in  custody.

This spider’s web of fines and fees ensnares every incarcerated person.  One of us left prison with approximately $56,000 in debt.

While there is a great deal of discussion about equity, while high-level  committees and task forces are deliberating, sometimes endlessly, about  the need to end the exploitation of African Americans, Hispanics, and all  those who are excluded from the mainstream of American social life,  this system of fines and fees grinds on.

It extracts from those least able to defend themselves, those with no  choices and no options. It systematically widens the gap between those  who can build wealth and those who are saddled with heavier and  heavier debts. It makes all those conferences and committees look like  just new ways of delaying the task of correcting these inequities.

Those serious about social justice and reducing recidivism don’t need  any more time to dismantle this system. They can begin now, piece by  piece, by reducing fines and fees, by enabling those incarcerated to live  decently while in prison and freely, free of burdensome debt, once  released.

Boris Franklin is the lead organizer of Jersey City Together.

Stephon Whitley is an organizer with ONE Wake in North Carolina. Both  organizations are affiliates of Metro Industrial Areas Foundation, a  network of citizen organizations working on a wide range of issues,  including criminal justice reform.