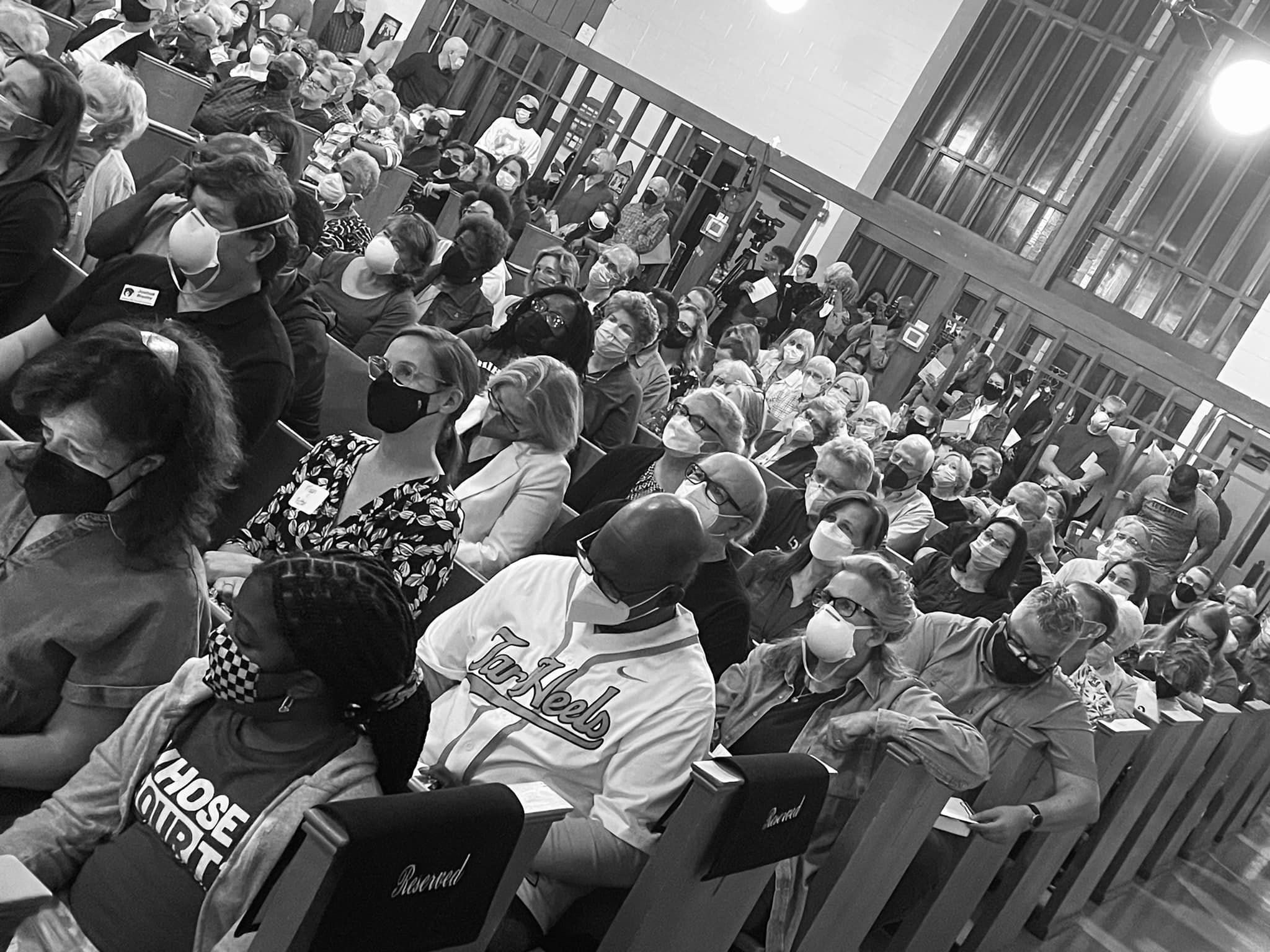 At least 447 members of ONE Wake institutions and neighborhoods across Raleigh turned out for a hybrid assembly with 19 candidates for Raleigh City Council on October 7th, including all mayoral candidates. Together we called on them to work with us, and our partner, Habitat for Humanity of Wake County, to address the rising housing cost burden that is displacing long-time, low-income homeowners in gentrifying neighborhoods.

This assembly was the culmination of 16 months of patient, grassroots organizing that has engaged over 1,500 households in Southeast Raleigh through canvassing and house meetings.

During those conversations, homeowners shared stories about families who were forced to leave the neighborhoods where some had lived their entire lives due to skyrocketing housing costs. The same homeowners who once labored to improve their neighborhoods and build community in neglected parts of our city now fear losing their homes, and many have already lost their homes.

To address this issue, ONE Wake leaders and homeowners have met regularly with the Wake County Board of Commissioners to help shape a new program, the "Homeowner Care Fund," which would help reduce some housing costs to help keep homeowners in their homes. The County is currently considering an initial $5 million investment in this program (learn more here).

During our assembly last night, ONE Wake leaders asked each candidate whether they would follow the County's lead and invest in the Homeowner Care Fund by the next fiscal year to help keep low-income homeowners in their homes. Every candidate said YES!