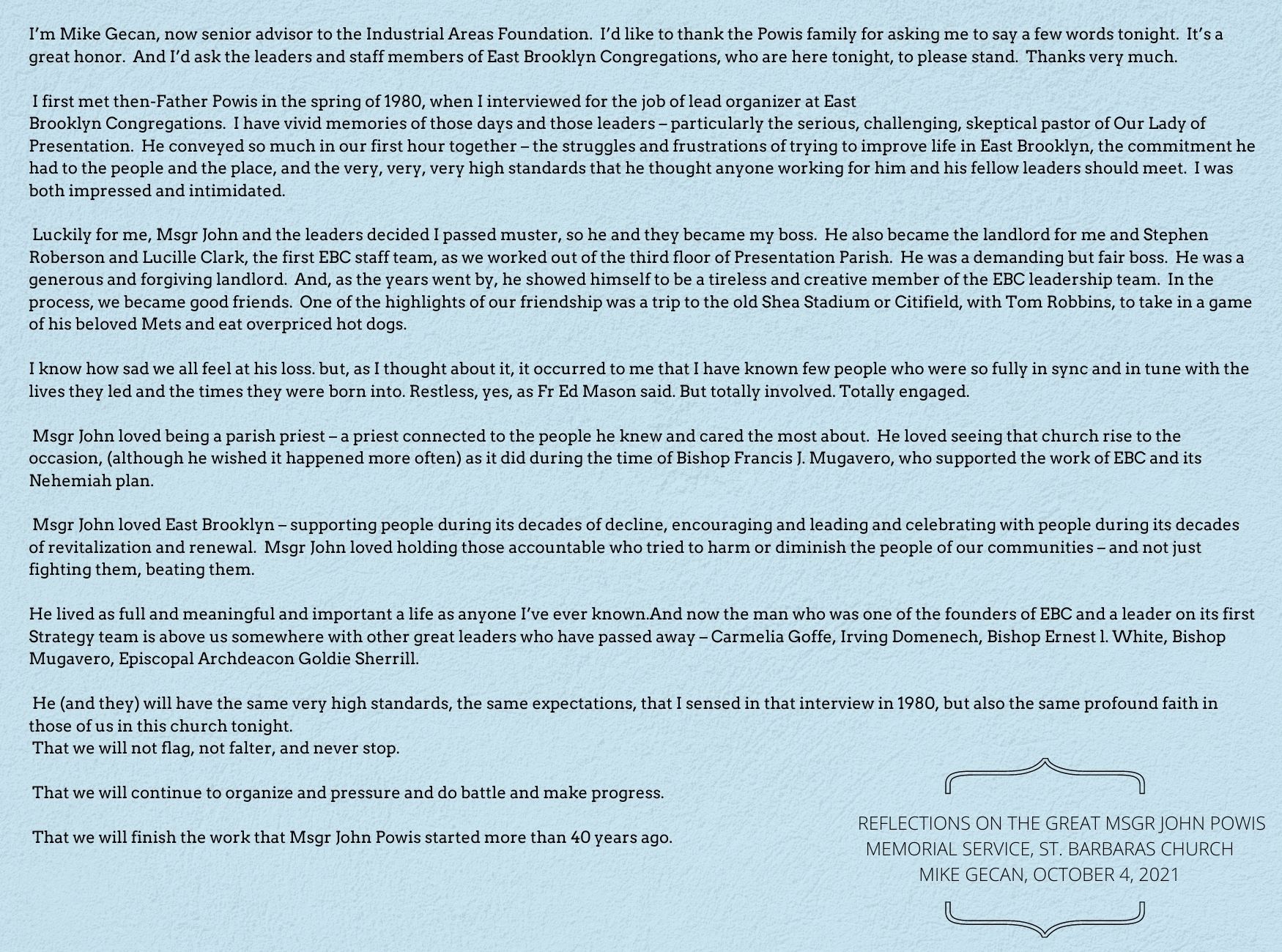 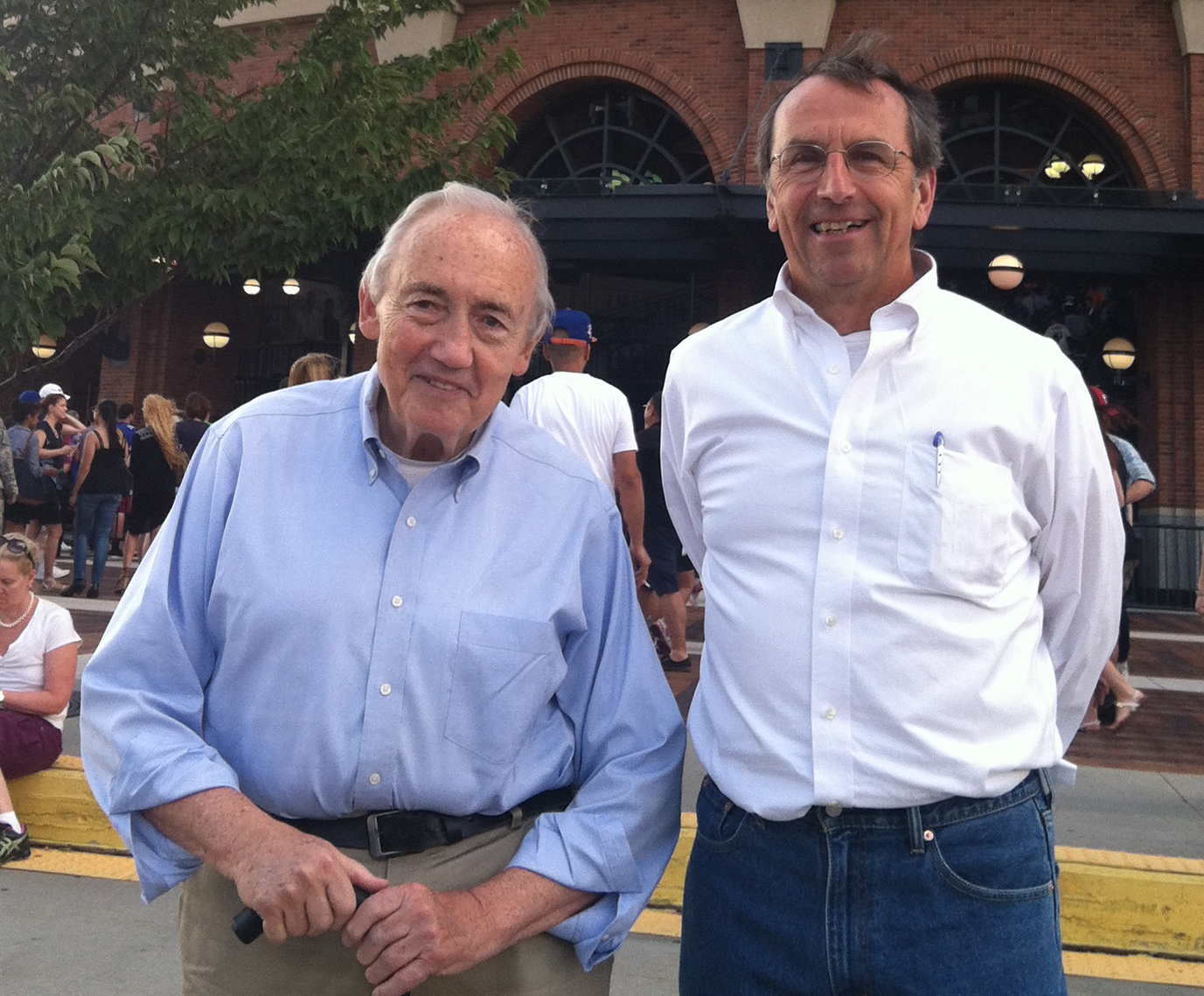 by Sam Roberts for the New York Times

Msgr. John Powis, whose kinetic street ministry and civic leadership helped revive some of Brooklyn’s most troubled neighborhoods, died on Sept. 29 at a nursing home in Manhattan. He was 87.

The cause was complications of Parkinson’s disease, his sister Katherine Powis said.

He belonged to a generation of clerics committed to social justice — a cohort profoundly affected by the liberalization of church policies and practices approved by the Second Vatican Council, which was convened by Pope John XXIII in 1959, the same year that Father Powis was ordained.

As the Roman Catholic pastor of Our Lady of the Presentation Church in Brownsville in the 1960s, Father Powis was a figure in the fight to improve neighborhood schools through local control. He was elected to a newly created local school board, an experiment in decentralization, in Ocean Hill-Brownsville, a mainly Black district. When a group of mostly white teachers were transferred in 1968, the teachers’ union staged a citywide strike, which had enduring political and racial repercussions.

Father Powis was also a force in creating affordable housing. He was a founder of East Brooklyn Congregations, the politically potent coalition of religious groups behind the Nehemiah Project, which transformed acres of derelict lots into thousands of one- and two-family subsidized homes.