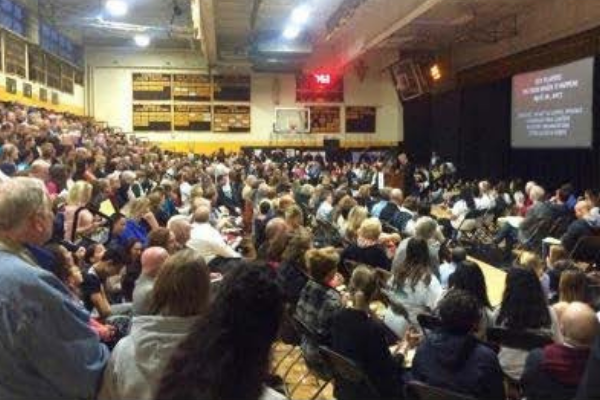 1300 people jammed a high school gym on Long Island on April 26 to launch LI-CAN's campaign on the opioid crisis.  Concrete pledges of action were made by 23 congregations, 6 public school districts, and 207 high school students as part of LI-CAN's Covenant to End the Opioid Epidemic.  At its next major event, in October, LI-CAN will ask corporate and political leaders to make specific contributions to help end an epidemic that claimed 493 lives on Long Island in 2016.  Days after the event, LI-CAN leaders stood with Sen. Charles Schumer to applaud Schumer’s push for new federal legislation to help stem the flow of deadly fentanyl into the U.S.