Action on candidates running for the office of Governing Mayor of Berlin, Sept 15th 2021

Objective: To be on the calendar of the Governing Mayor

The action’s main objective was to get a commitment for periodic face-to-face meetings with the future Governing Mayor twice a year for the upcoming legislative period (5 years). We wanted to organize access to the city’s political center of power for our organization before the election.

Who can give the best testimony as to why it’s so important to relate to the Governing Mayor?  Exactly, the current Governing Mayor. That is why we thanked Michael Müller at the end of his term of office for the cooperation over the past five years. We combined this with a request for his assessment in the form of a video message to the groups of the Berliner Bürgerplattformen. Mr. Müller was happy to comply with this request. From our point of view a powerful signal to his successor right at the beginning of the action. The testimonial can be viewed on YouTube: https://youtu.be/8fWA08lCduk

Community Organizing means, that those who are affected by problems develop solutions and stand up for themselves instead of being represented by others. That is why, two 8-year-old girls told us about how gentrification has led to the loss of the place where their association meets, young students spoke about their everyday life in an alternative school and a mother described the discriminatory experiences of her children. Among other things, they demanded that the new Berlin government work to ensure that: 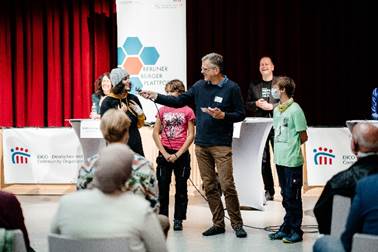 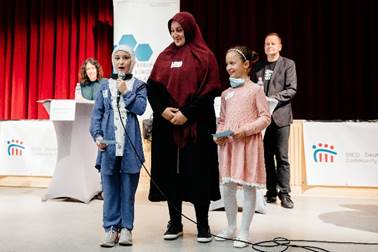 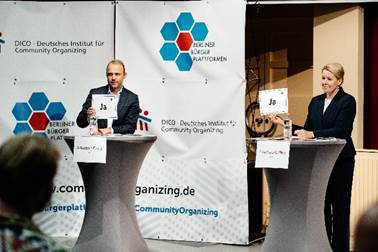 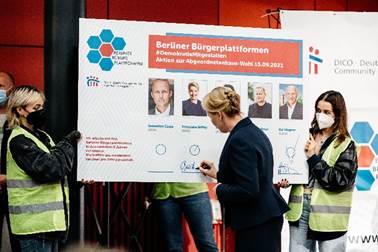