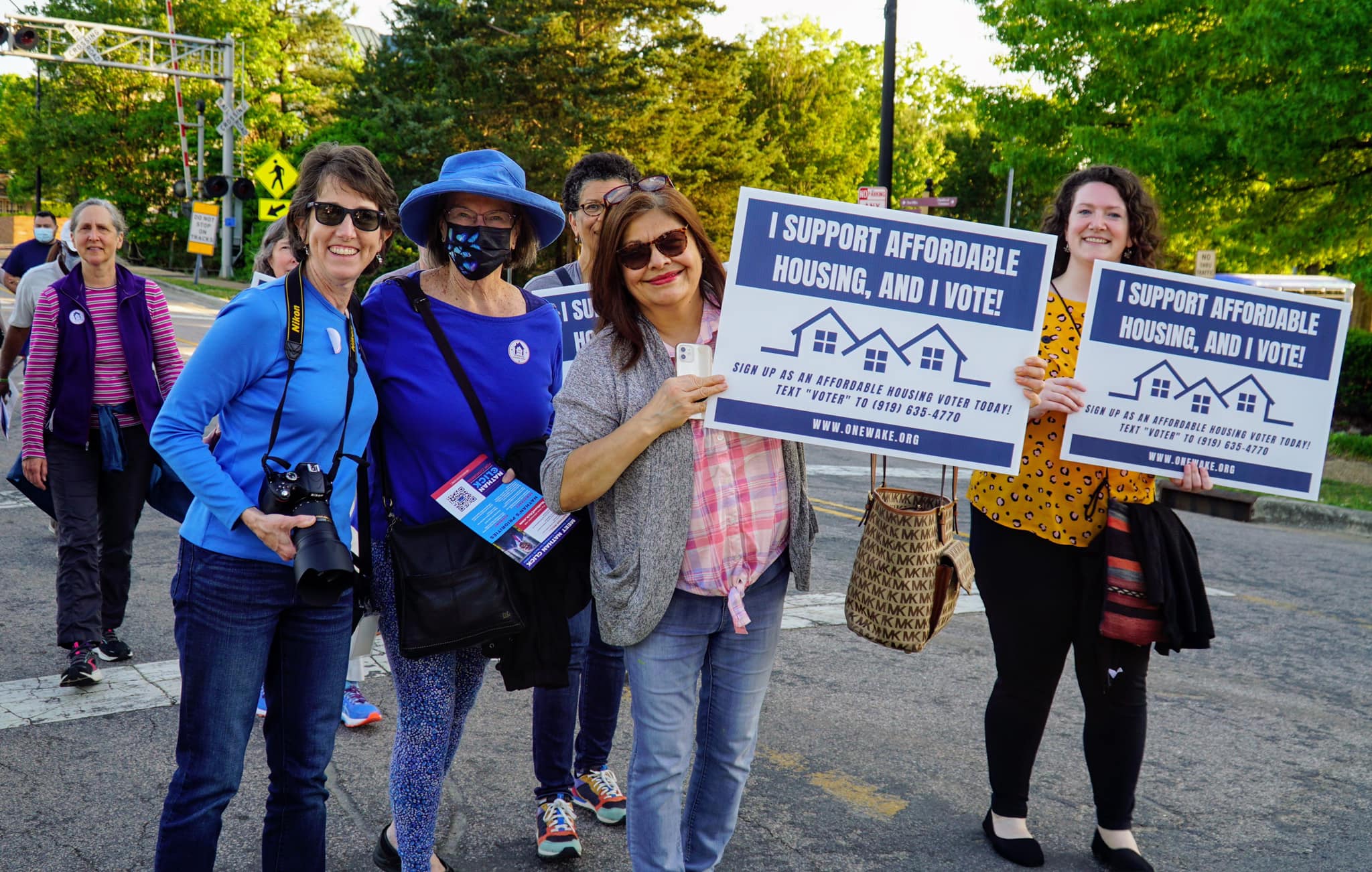 ONE Wake leaders are celebrating the allocation of $9 million for affordable housing in the Town of Cary's 22/23 fiscal year budget. This is a substantial increase over the previous budget which had allocated only $300,000.

This was a hard-won victory achieved after a year of consistent and persistent action by ONE Wake leaders, including two candidate accountability actions attended by 550 members: delivering 130 public comments to a critical Town Council meeting: non-partisan GOTV canvassing, and a march to the polls on the first day of early voting.

This new fund will support the creation and preservation of much-needed affordable housing in a well-known town for its wealthy residents and NIMBYism. Between 2010 and 2020, the Town of Cary lost 3,900 rental units affordable to essential workers earning $40,000 or below. Housing pressure is only expected to accelerate as billion-dollar tech companies Apple and Epic Games expand their footprint in the area. 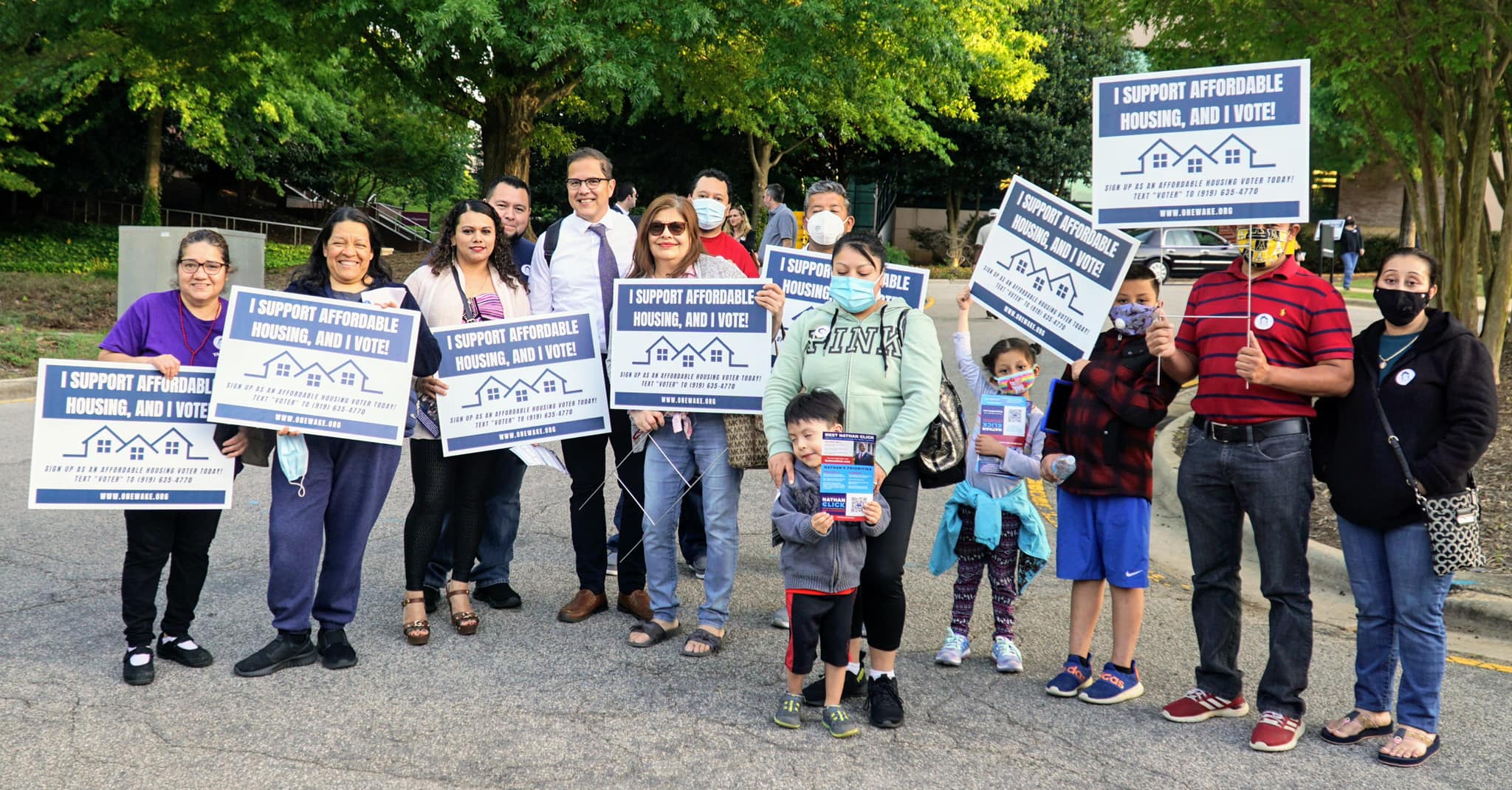 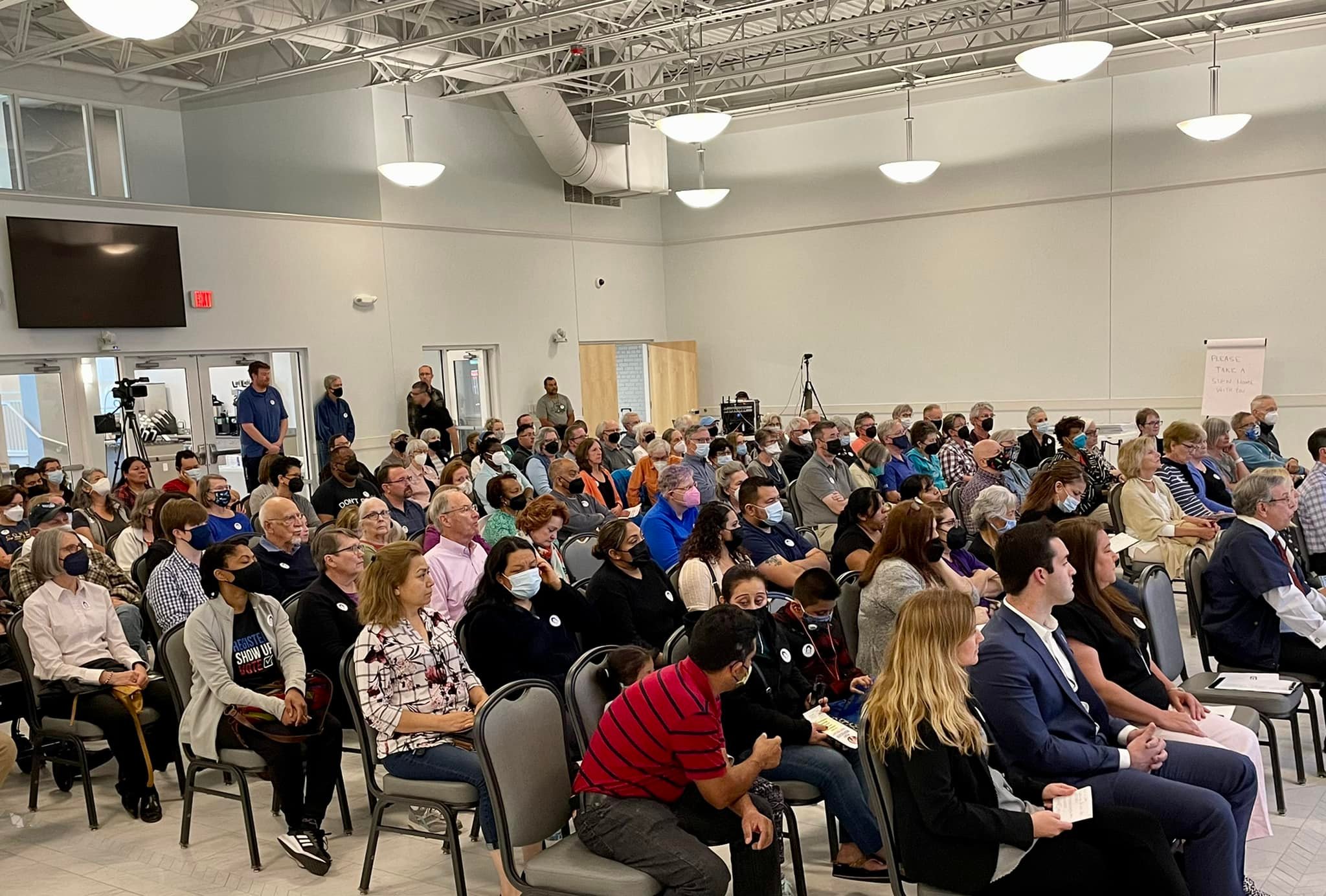