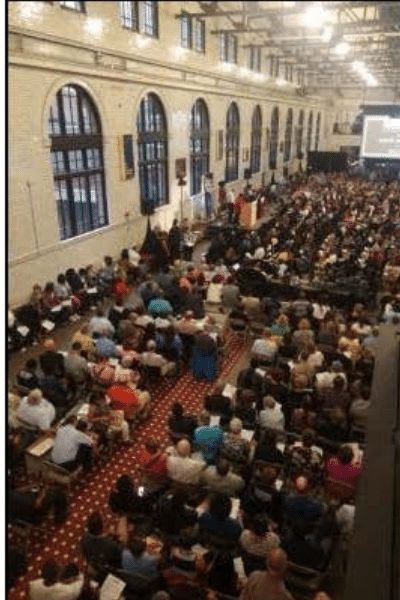 On Sunday, September 22nd, 2019,  United Power for Action and Justice (UPAJ) assembled a standing-room-only overflow crowd of 1,050 leaders from the 95 member institutions of the four Metro IAF affiliates in Illinois. The purpose of the meeting was to publicly initiate a relationship with Chicago’s newly elected mayor, Lori Lightfoot.

The theme of the action:  United Power for Action and Justice + Mayor Lightfoot = Results.

Mayor Lightfoot, committed to working as a partner with United Power for Action and Justice, introduce four key senior staff people she had present at the meeting. “I point out these people because we are all here for you; and we will all work with you,” said Mayor Lightfoot.  “And I know that together we can absolutely get better, fairer, results for all the people in this city.  I look forward to rolling up our collective sleeves and working with you.”

The event was covered by three television stations, one news radio station, and pre-meeting op-eds in both The Chicago Sun-Times and Crain’s Chicago Business.  (Additional photos by Free Spirit Media linked here)

United Power and Mayor Light then, publicly, aimed towards things to which we were both willing to commit. 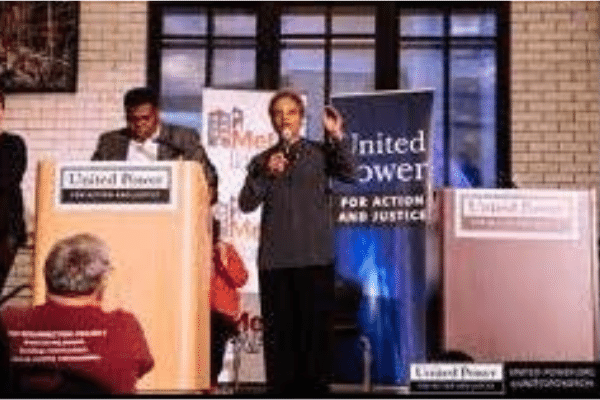 Reclaiming Communities – United Power’s effort to reclaim whole communities, beginning with 1,000 homes on the southwest side and 1,000 homes on the west side.  The mayor committed to working to fast-track two specifics shovel-ready projects, one on the southwest side and another in North Lawndale.  Together, they will result in 60 units of housing and a $5 million investment by next Easter. Regarding our overall efforts to get to thousands of homes at a scale that would reclaim entire neighborhoods for the people who live and work there, the mayor asked that we pledge to work with her to make that happen over the next few years. Again, a standing ovation signaled our commitment.

The mayor also committed to explore the gun safety strategies of our Do Not Stand Idly By national campaign and said she would raise our strategies in the next week with the taskforce on guns and violence that she has joined as part of the U.S. Conference of Mayors.

And finally, the mayor committed to working with us to increase the number of Crisis Stabilization Units in the Chicagoland area.  She also asked that we work together with her to de-stigmatize mental illness. 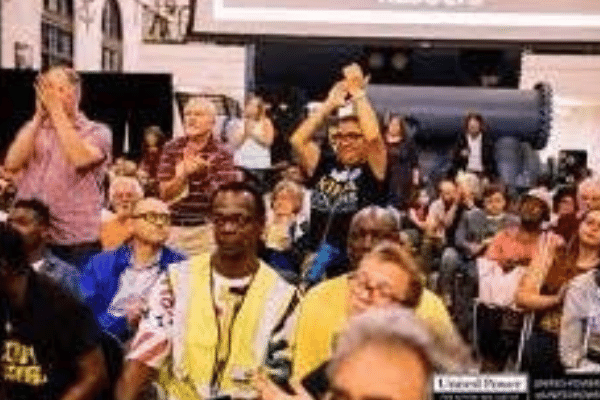