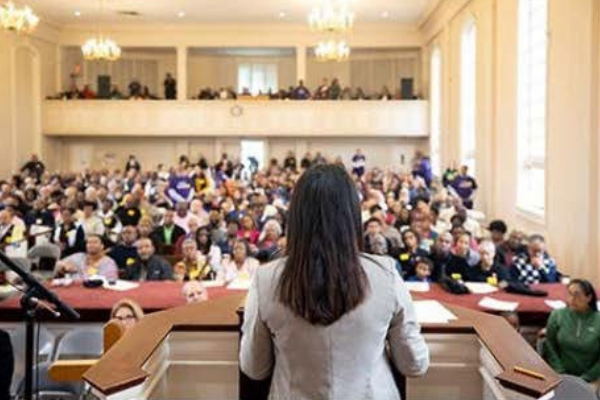 On October 20th, 576 VOICE  leaders from Prince William County held a standing room-only action with candidates for Board of Supervisors Chair, Commonwealth Attorney, and School Board Chair.  Candidates strongly endorsed the creation of a Public Defender office in Prince William County--Prince William is the only county in Northern Virginia that lacks such an office.  Receiving political support from Commonwealth Attorney candidates to open a Public Defender office is unprecedented in Virginia.
Candidates also pledged to work with VOICE to make significant funding increases for after-school programs, mental health support, and other schools’ issues.  120 parents and teachers from low-income Prince William County schools attended the action and are a growing part of VOICE's base in the county.
VOICE also pledged to put 450+ leaders on the ground in our annual strictly nonpartisan Get Out the Vote effort in 6 low-voting battleground precincts in Prince William County that will determine control in the state House and Senate this year.