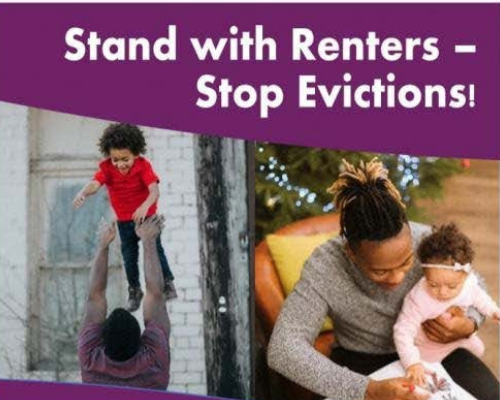 NORTHERN VIRGINIA – After months of hard-fought work to prevent mass evictions in Virginia during the COVID-19 pandemic, VOICE is reacting with cautious optimism to Gov. Northam’s announcement on August 14th, 2020 about action he plans to take on evictions during the August special session.

According Rev. Dr. Keith Savage, Senior Servant at First Baptist Church Manassas and VOICE Co-Chair, “VOICE is encouraged by the news that Gov. Northam is focusing on a long-term eviction moratorium and a robust rental relief program. We are glad he is hearing the cries of the hundreds of thousands of people in the Commonwealth who stand on the brink of homelessness. We know that nothing is certain in politics until the ink is dry on the bill. VOICE is working this weekend and over the next 10 days to send 25,000 prayer letters to the Governor and General Assembly to create the political space for the strongest bill possible coupled with $200 million for the Governor’s rental relief program.”

A description of the Governor’s plan may be found here. Highlights include new dollars to combat evictions and a “pause on evictions until at least April 30, 2021, tied to the requirement that landlords and tenants work together on a payment plan and seek out financial assistance, including through Virginia’s statewide Rent and Mortgage Relief Program.”

VOICE’s prayer campaign, which had already hundreds of letters in its first six hours, will include prayers sent to the Governor via email, snail mail, and text, both individually by renters and VOICE leaders and collectively during Friday, Saturday, and Sunday services of VOICE member institutions. Also part of the campaign will be a video of VOICE clergy of different faiths praying together that the Governor exercise leadership starting with the General Assembly session: https://www.youtube.com/watch?v=CLQc_Pa0x9c&feature=youtu.be

Written by Pastor Clyde Ellis, Jr. of Mount Olive Baptist Church in Woodbridge, the clergy prayer asks God to “touch the heart, the mind, and the soul of Governor Northam that he will hear our cry for mercy and justice.” It declares that “Today we speak truth to power for those who cannot speak for themselves” and notes these are “the vulnerable, the ‘least of these our brethren.’”

It is estimated that around 550,000 renters, mostly African American and Latinx families may be evicted in Virginia, alone. This was the #1 issue that VOICE leaders heard in their listening campaign on how this moment is impacting people economically. Our current reality is a direct result of our country's laws and policies that did not allow African Americans to buy homes. Today, about 74 percent of white households live in homes they own, while only about 44 percent of black households and 49 percent of Latino households do. These racist housing policies have economically benefited white families, and at the same time, have created the current instability and debt that exists for many African Americans. Renters will need powerful allies if this campaign is to be successful. This is morally right and essential. People cannot shelter in place if they do not have a home. If Virginia wants to open its economy and schools, we must make sure families have housing.

At the beginning of the COVID outbreak VOICE conducted a listening campaign throughout our region to better understand how the pandemic was affecting our community. VOICE had conversations with over 2,000 people, mainly parents in Title 1 schools, tenants living in affordable housing buildings, and members within VOICE’s own member institutions.  The number one issue that emerged in VOICE’s listening campaign was the fear of eviction.

Press Coverage of VOICE's "Past Due" Eviction Campaign

To create a loud enough drum beat to get the Governor and General Assembly to act on evictions, VOICE has been working to get the word out through the news media. Below are articles that have featured VOICE's work to prevent evictions