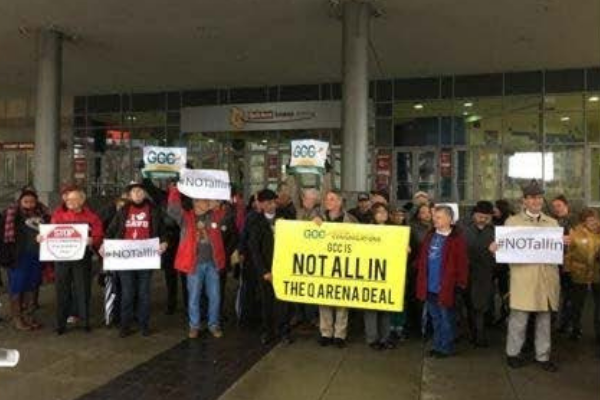 Greater Cleveland Congregations (GCC) won initial concessions from the Cleveland City Council and Cleveland Cavaliers from its campaign to create a Community Benefits Agreement tied to the $282 million expansion of Quicken Loans Arena.  The Cavs announced that they will refurbish 60 school and recreation center basketball courts in inner-city Cleveland, build 100 new Habitat for Humanity homes, and a financial restructuring of the Q deal so that the city is less liable to incur debt.  Despite these initial concessions, GCC is pressing to collect 15,000 signatures of Cleveland residents to place the Q issue on the ballot this Fall.