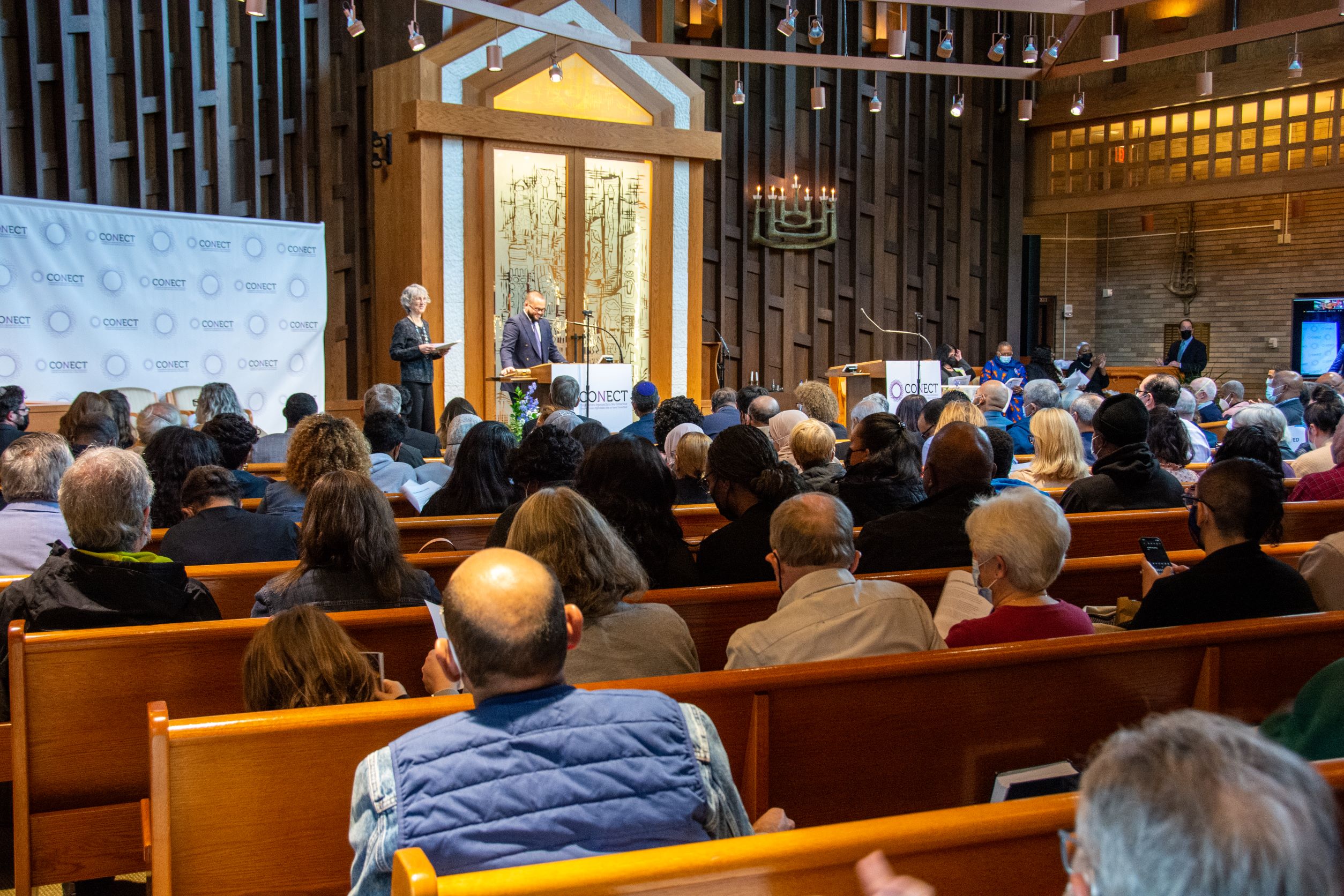 BRIDGEPORT – Both gubernatorial candidates promised CONECT, a collective of churches, synagogues, mosques, temples, and civic organizations from New Haven and Fairfield Counties, that they would support funding for a new clean slate law and education.

Earlier this year, the General Assembly passed a bill that is intended to help formerly-incarcerated people move on with their lives and find employment by automatically clearing records of their past convictions after between seven and 10 years, depending on the severity of the crime. It covers misdemeanors and some class D and E felonies.

The bill was a big part of CONECT’s legislative agenda for three years, but once the bill was signed there wasn’t any funding to help individuals actually accomplish the goal.

“If elected, will you commit to $3 million dollars of funding over 4 years (about $750k/year) for a Clean Slate Implementation Office to prevent people who are eligible for Clean Slate from falling through the cracks?,” a member of the group asked.

Republican Bob Stefanowski received applause from the crowd in Bridgeport Sunday when he said “absolutely and it should be more.”

Stefanowski, who is advocating for returning more of the state’s budget surplus to taxpayers, added: “When somebody has to get up here and ask for $3 million to implement clean slate legislation there’s something wrong.”

“We are going to do whatever it takes to make sure clean slate works,” Lamont said. “The answer is yes and I think we’re already on the way to doing that.”

The group also wanted to know what the two would commit to education when COVID funding runs out.

“If elected, will you to lead the charge in fairly and fully funding our school systems now – with at least $250-275 million new dollars – to assure that we can make a seamless transition from federal COVID relief funding to student-centered investments that will meet the needs of all Connecticut public school students promised some 45 years ago?,” a member of the group asked.

Stefanowski said he would and took a moment to remind the group that he grew up on the corner of Dixwell Avenue and Pond Street in New Haven, before moving to North Haven to get what his parents thought would be a better education.

He said every kid in Connecticut deserves a great education no matter where they live.

Knowing he wasn’t exactly speaking to a group that votes Republican, Stefanowski asked them not to believe the “attack ads.”

“Sometimes I get, ‘Well, you’re a rich white guy, how can you get what’s going on here?’ The reason I’m running is because I want the opportunity I had for everybody,” he said.

Then he asked them to take a chance on voting for him.

“It’s time for a change. I know it’s risky to take a change,” he added.

Lamont, who made $54 million last year according to his tax returns, also promised to fund education at the levels asked by the group.

“I used to be a teacher at Harding High School. I know what that inequality is like and it starts with a great teacher,” Lamont said.

He asked the group to support his re-election campaign.

“We went through COVID hell over the last two and a half years and we got through it because we worked together,” he added. 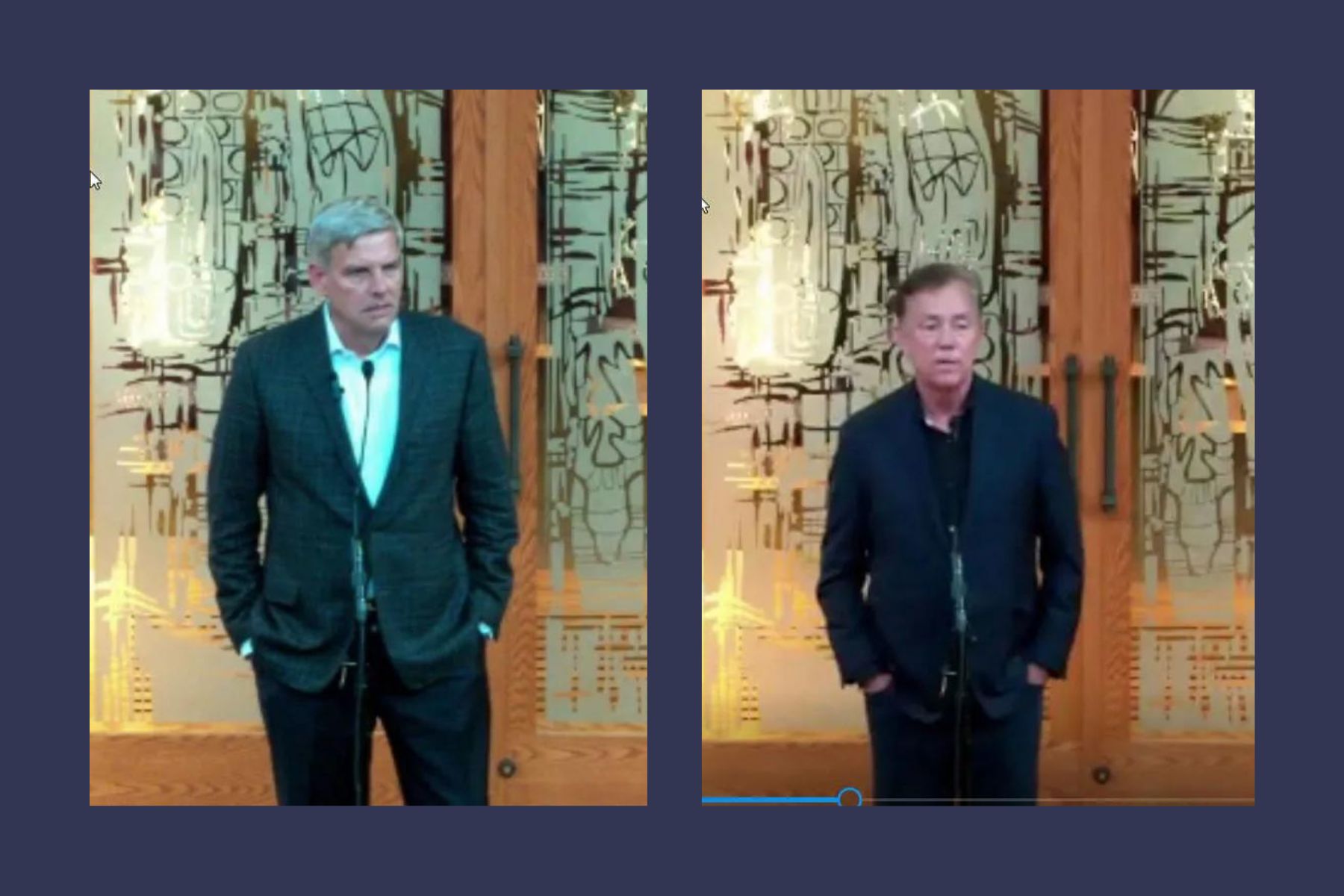