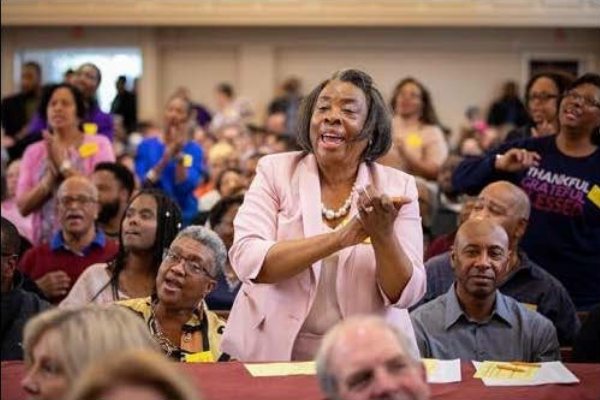 Virginians Organized for Interfaith Community Engagement (VOICE) celebrates the historic creation of Prince William County’s (PWC) first-ever Public Defender office, which will lead to more equitable treatment for the poorest residents.  Prince William is the only Virginia county that is a majority people of color.  Having survived the state budget freeze resulting from the COVID-19 pandemic, the office is now funded and law.

During 2019 PWC teams of VOICE citizen-leaders personally interviewed hundreds of people concerning their experiences with court appointed attorneys to better understand the kinds of reforms that are most needed.  VOICE repeatedly heard that the poor quality of representation for low-income people in the courts was a major driver of inequality in PWC’s justice system.

As the second-largest jurisdiction in Virginia, PWC is the largest locality in Virginia without a Public Defender’s Office.  Until the Public Defender Office stands up, it relies solely upon low-paid court appointed counsel to provide representation to indigent defendants—a system rife with serious flaws.

VOICE leader, Rev. Dr. Keith Savage, the Senior Servant at First Baptist Church Manassas, remarked “This is a major victory for the residents of Prince William County especially during the COVID-19 outbreak. Public Defenders are truly essential workers, as they help people from being unnecessarily incarcerated in jails and prisons—places where COVID-19 infections have run rampant.”

The Virginia Indigent Defense Commission, the state steward for all Public Defender offices, is currently interviewing candidates for PWC’s Chief Defender position, plus securing office space for the 35 new lawyers and staff who will execute the office’s responsibilities.  This Public Defender office will be the third largest in the state while carrying the distinction as the first new Virginia office to open since 2004.  The office is slated to be operational in late summer or early fall of 2020.

In October 2019, VOICE mobilized 600 of its PWC leaders for an assembly with local elected officials to kick off support for the Public Defender office.  VOICE then held dozens of meetings with key decision-makers within the General Assembly, including Gov. Northam, to secure the needed $5.4 million in the budget to fund the office.  The bill to create the Public Defender office was sponsored and championed by Del. Jennifer Carroll Foy (2nd District) and Sen. Scott Surovell (36th District) and received critical support from Del. Luke Torian (52nd District), the chair of the powerful Appropriations committee, and was listed as a top criminal justice priority by Gov. Northam.

There was concern that because of the Covid-19 pandemic there would not be revenue to fund the public defenders office. Due to constant pressure and support from Gov. Northam funding has been obtained.

In addition to the public defenders office, VOICE was also able to win $350,000 in supplementary funding for the office from the local Prince William County Board of Supervisors.